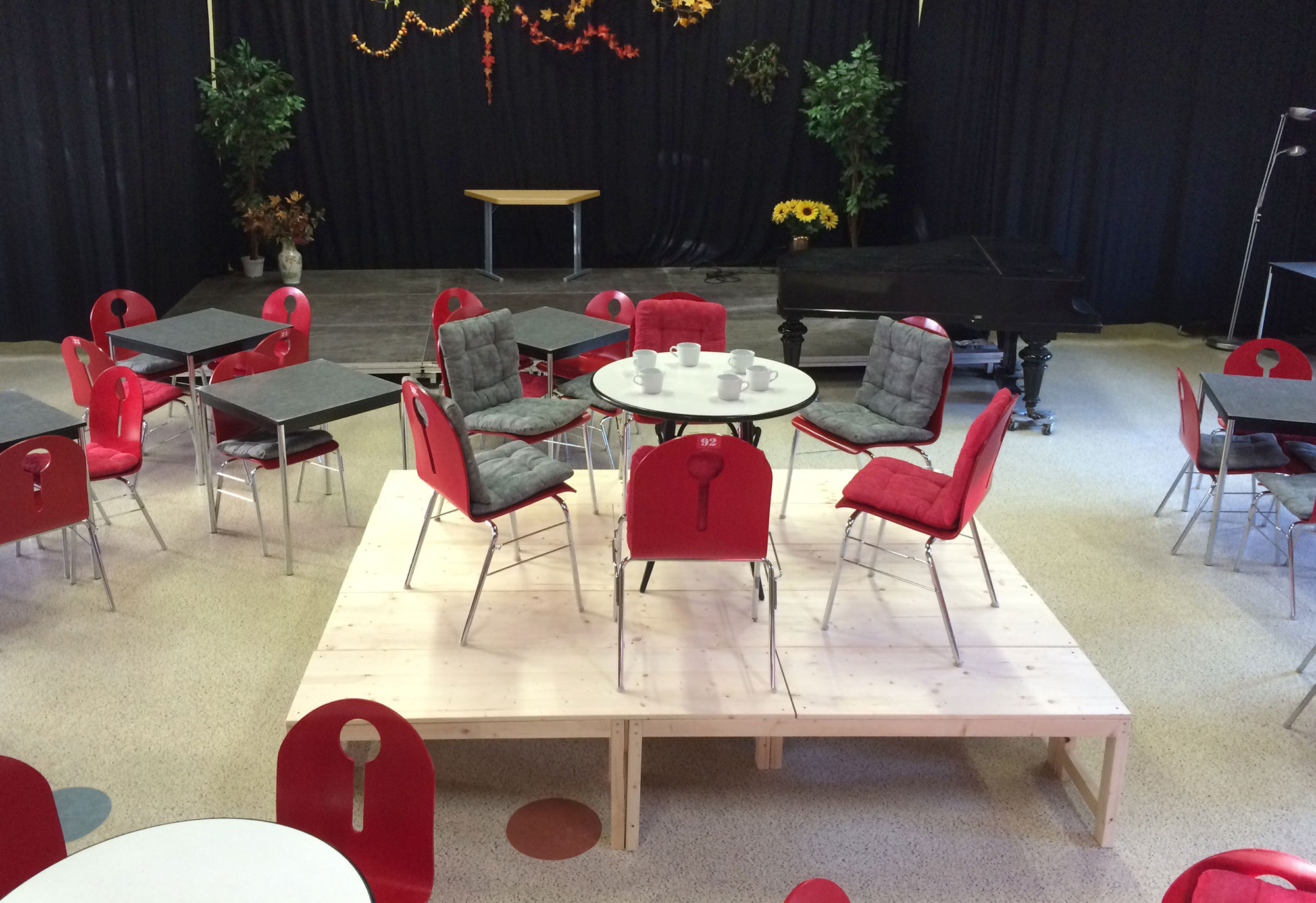 A city asked for a mediation and an organizational development process to foster collaboration within a community center. The center was situated in a neighborhood struggling with economic and social difficulties and lately also with an increase in xenophobia. Things had not been going well for several years already and a new approach was needed.

Together with a mediator I initiated a process accompanied by several well-tempered problems in key moments. For a period of one and a half years we worked with people from all organizational levels within the community center and within the municipality.

For the first meeting with chief officers, I built a small platform into the main ceremony hall of the community center. I used the regular chairs and table on top of the platform. Coffee, tea and biscuits were served as it is common for this type of meeting. Everything was as usual, the only difference being that the meeting happened above the ground, where the other tables and chairs remained.

The goal was to emphasize the hierarchical level on which the clarification of tasks took place, thereby anticipating that hierarchies are of major importance in cooperation between several departments and that it was important to refocus on the clarity in roles, tasks and fields of activities.

An interesting side effect of sitting on the stage was the actual danger of falling down if one would begin to back off. This resulted in a highly concentrated first negotiation which also allowed touching on some difficult issues.

The well-tempered problem symbolized what later in the process became reality. A binding structural frame for direct communication between the chief officers of the departments, offering activities in the community center, was established. It allowed talking about daily routine, gaps and overlaps in the concept of the center. Also conflicts could now be communicated by the employees to their chief officers and be addressed in the meetings of the leaders.