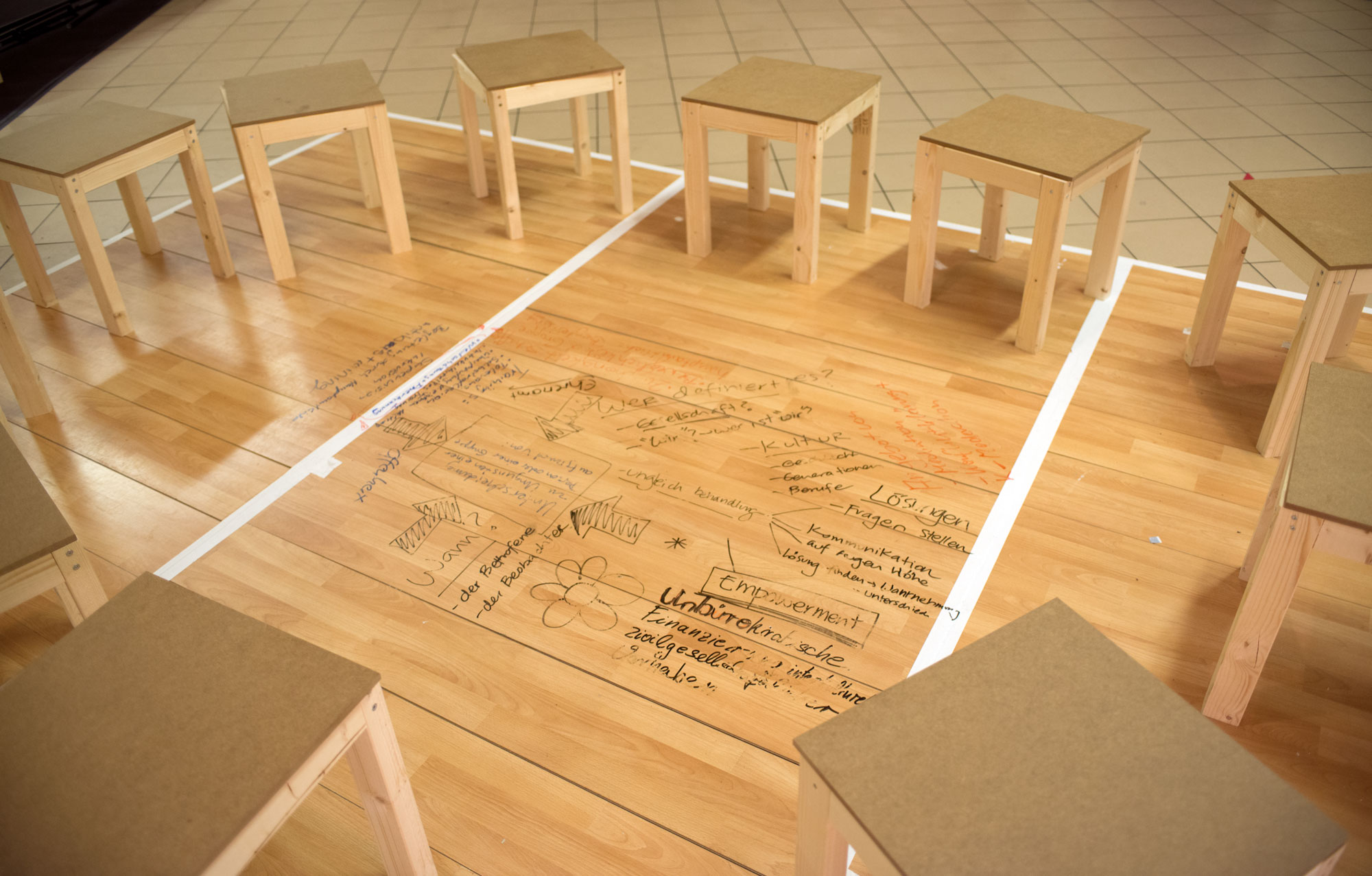 The final event with all groups took place in the ceremony hall of an allotment. I designed five well-tempered problems and the newly formed groups took their turns discussing questions that arose during the previous training sessions. The topics discussed were the same within each setting, but the settings strongly influenced the way of communication and the dynamic of the group, for instance as in who led the word.

One of the settings was a numbered circle of stools imitating a very common set up for a seminar in the social context. The only difference being that one stool was placed outside the circle. This stool and another one within the circle were invisibly fixed to the ground. The only way to integrate them into the circle was to change the circle itself.