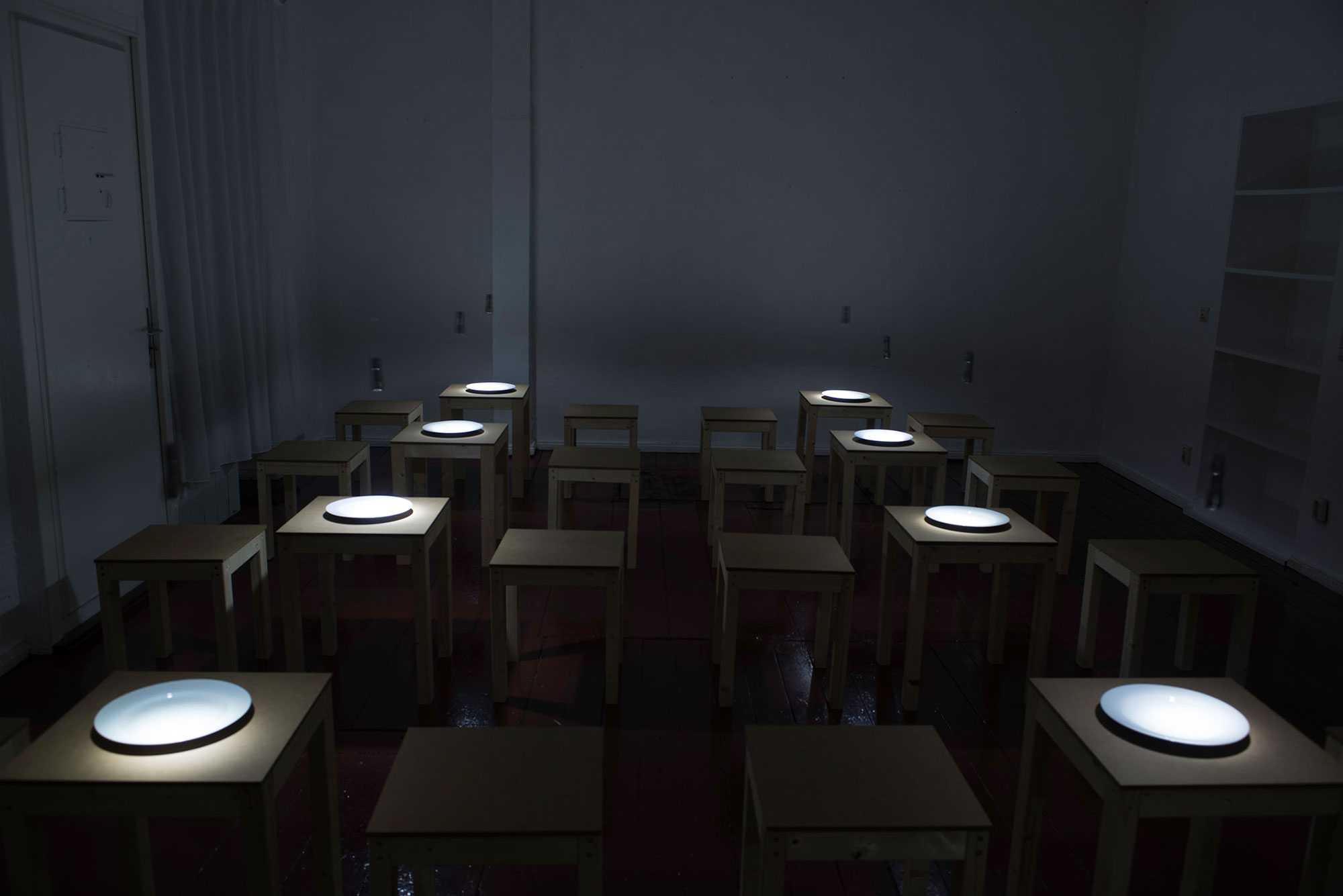 On the second day, the participants arrived in my studio and were then sent into a dark room with only small lamps illuminating plates that were laid out on tables for two. There were exactly as many stools as participants. The previous day they had worked in couples with clear instructions, but the task that they were given entering the space on the second day was simply to use the twenty minutes that they would have.

After five minutes a story was played from speakers underneath the tables which told about the continuous exchange of a plate with food between a Bulgarian and a Turkish household following a tradition of never giving back an empty plate. Five minutes later another story told about the honey seeking bird in Africa who leads humans straight into the arms of lions if they did not leave honey for the bird the last time she showed them where to find it.

The openness of the task lead to a variety of interpretations about what would be appropriate behavior within this setting, leading to intense group-dynamic processes.

When I entered the room after twenty minutes some groups had rearranged the whole space, others had discussed the necessity of sitting two by two, and some groups were so immersed in their possible task that they did not hear the stories at all. But every time, the setting resulted in a conversation about giving and receiving and about acting appropriately.

We then used the empty plates, put self-made cake onto them and the participants were sent out of the room, into the building and onto the street to give cake to the neighbors.

The switch from a dialogue about appropriateness within the relatively safe environment of the closed group to meeting and interacting with people outside the group in a multi-ethnic neighborhood focused the training process on the importance of how we approach a person and what resonance we ourselves bring into an intercultural encounter.