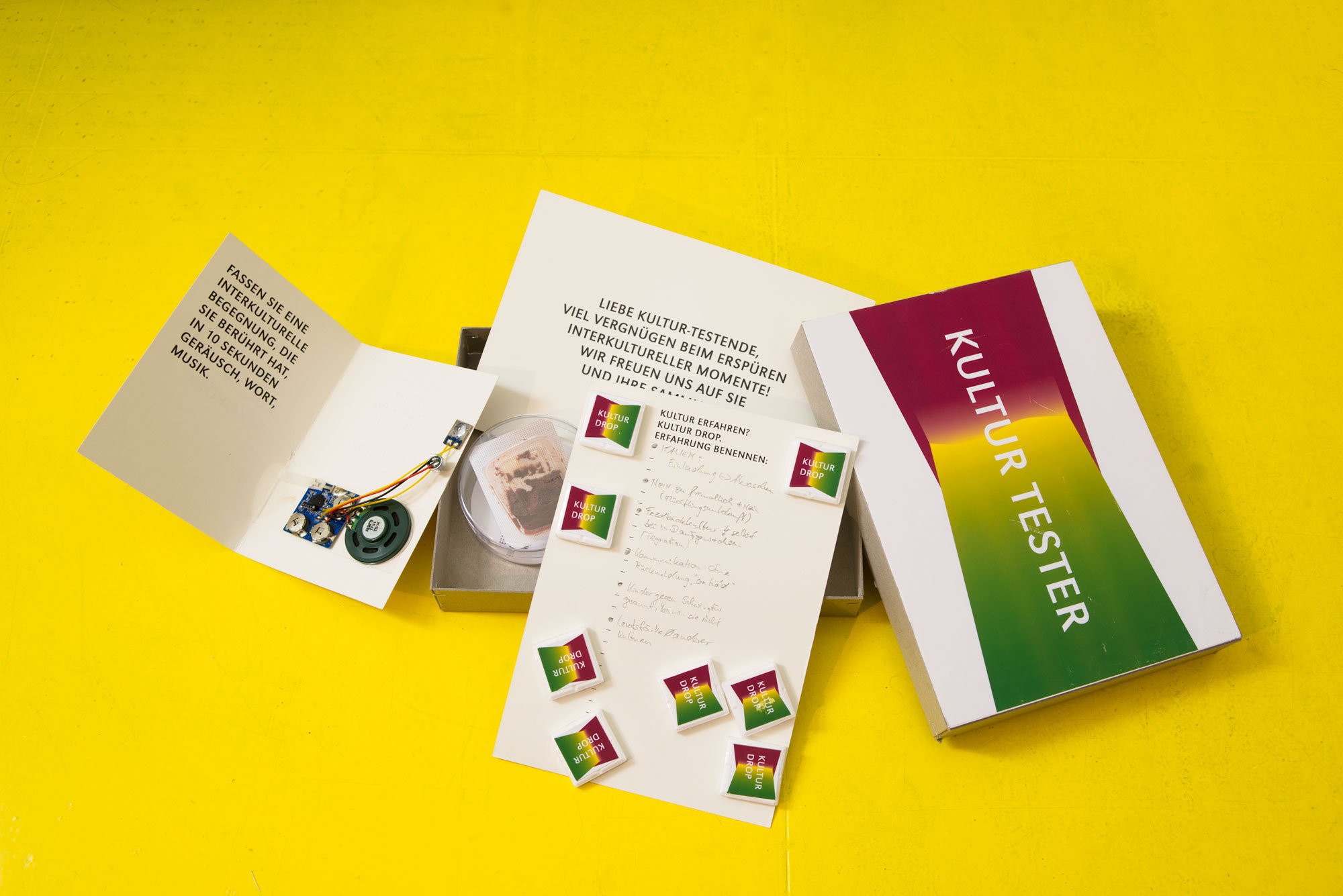 The Federal Office for Migration and Refugees asked for a series of intercultural training sessions for voluntary key actors in NGOs. The participants’ organizations ranged from neighborhood initiatives and sport clubs to large social institutions. Under the title ‘Gemischtes Doppel’ (mixed double) and following the theme of ‘giving and receiving’, together with a cultural scientist and an intercultural trainer, I created a series of intercultural training sessions culminating in an event that brought together all groups, giving them the chance to discuss reoccurring themes in a larger context.

Two weeks before each session, the participants received a package containing three tasks and the devices to accomplish them. The tasks were all connected to intercultural encounters in the days prior to the training session.

1. They had to collect a taste representing an intercultural encounter. Hence they were provided with a petri dish.

2. They were given a sound recorder that could record exactly 10 seconds. They were asked to record a sound representing an intercultural situation they witnessed.
3. After another encounter they were asked to eat a ‘Kulturdrop’ (a small candy) and to write down their impressions. Since the candy had a mark where it could be broken into two pieces, it was unclear for the participants whether they were supposed to share it with the person they just met.

The vagueness of the tasks gave space for a variety of interpretations and for confusion. This helped the participants entering a mindset that would both accompany and guide them through the days of the intercultural training session.