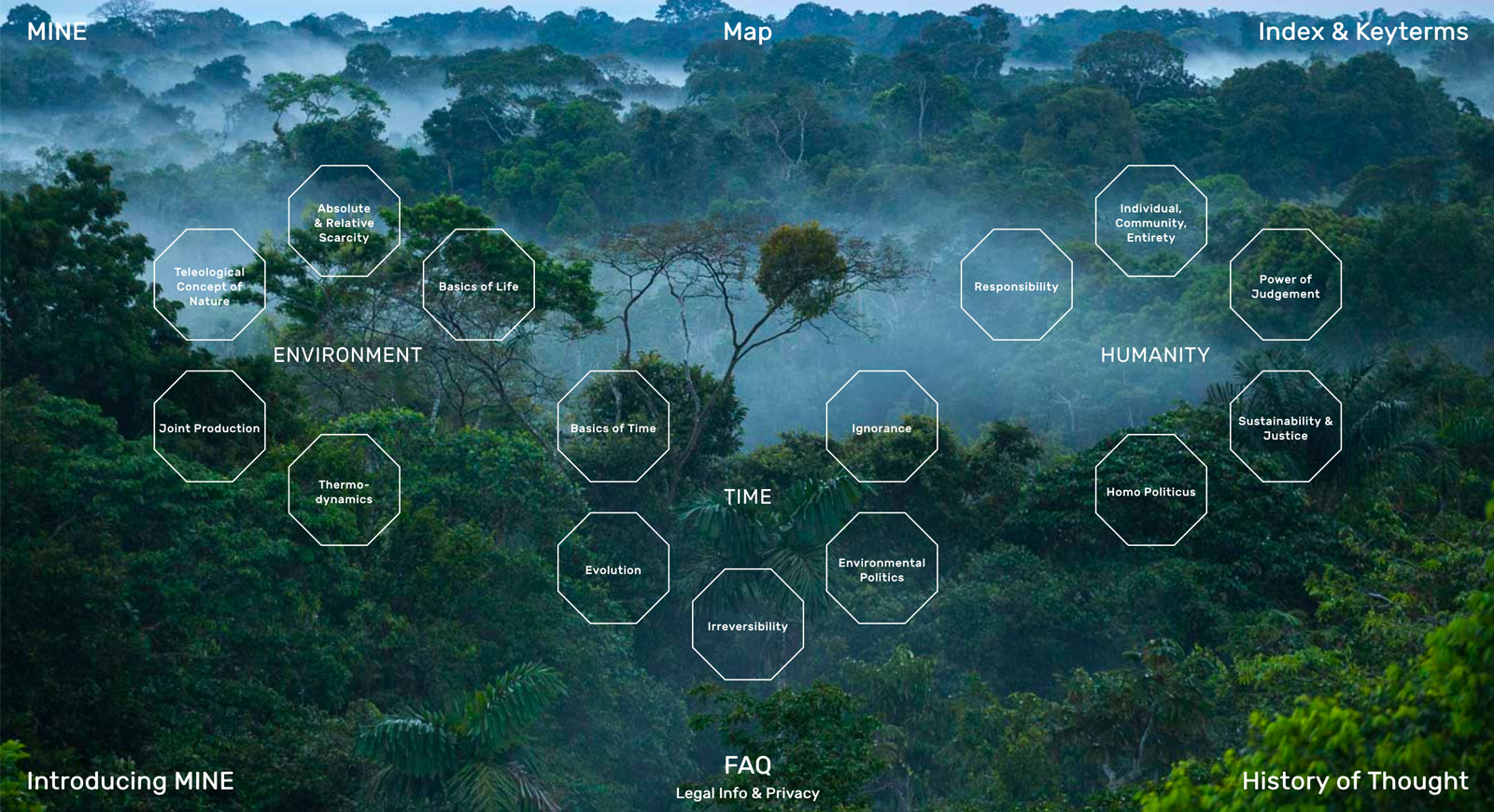 The MINE website explores the interplay between nature and economy. Focusing on such fundamental concepts as time, thermodynamics, evolution, homo politicus and justice, a new outline of economic activity emerges within nature. The dominant approach of economics, which considers nature as a subsystem of the economy, is thus replaced by a broader and more integrated framework.

The visual map and its links between concepts provide an orientation. They enable the visitors to approach the content from their own starting points and follow their own paths to discovery. Each concept starts with the historical background and moves on through theory and practice.

The research behind MINE began in the 1970s at the University of Heidelberg, Germany, in an interdisciplinary group spearheaded by Professor Malte Faber, including a range of scientists from economics to mathematics, physics and philosophy. The research has contributed to the field of Ecological Economics.

Read the FAZ article about the project.

MINE – Mapping the Interplay between Nature and Economy